Our behavioural responses to Covid_19

There is no advice or figures in this article. It is rather more a neuropsychological analysis of the situation, with our objective being to bring a different viewpoint to think together about the different stages of awareness - A bit like a post-traumatic debrief to help us digest these new events.

Let’s start from the beginning. What has happened to us?

At the beginning of this affair, we were more or less consciously biased towards optimism. This cognitive strategy is defined as the tendency to believe that we are less likely than others to experience adverse events. Car accidents, divorce or unemployment? These only happen to other people. Our brain takes this shortcut when it does not have a clear and precise explanation of the risk in question and when, in addition, the risk is far away in space. That is why, from January to the beginning of March, what was happening in China or Italy was of little concern to us, even though we did feel empathy for the people who had fallen victim.

2) Declaration of pandemic by WHO - Establishment of social representation

Since the declaration of the pandemic by the WHO on 11 March, our individual perceptions have been transformed into a consistent social representation in a very short period of time. The role of the media and social networks is crucial in this process. They are filling mass media with a large amount of virus-related information, but this is not enough to bring about awareness. We also need to create a debate around information to make people respond; to make them proactive.

According to social psychologist Serge Moscovici, there are two processes at the root of the transformation from individual perceptions into social representations by the media:

Objectification , that is to say, the construction of a structured and figurative image of risk. In this case, we have seen the virus materialise with real images (figures of infected and dead people, images of patients in intensive care, witness reports from health professionals, political speeches, and so on). Anchoring is the integration of the new into the pre-existing way of thinking. The virus must be linked to something we know (EBOLA, AIDS, war, etc.).

The adoption of confinement measures has aroused various emotions among the French population. Little by little, supermarkets in major cities have run out of stock in the face of general panic. These reactions lead us to consider the notion of fear. Fear is an emotion that has allowed us to survive through evolution, to learn and adapt. When we are afraid, the amygdala, the region in the centre of the brain that manages emotions and motivation, becomes active and releases adrenalin. Among other things, this hormone causes the heart rate to accelerate and the pupils to dilate, which prepares us to react quickly, either by fighting or fleeing (“Fight or Flight” by Cannon, 1928).

But another region of our brain is capable of mitigating this effect: the prefrontal cortex (at the front of the brain) will rationalise the facts and delay our “primary” reactions in order to propose a behaviour more suited to the situation (i.e. not to rush to stock up, and confine ourselves).

For several days now, containment has been voluntary or forced. One section of the population continued to go out; containment is currently a matter of public good that is not respected by all. But, like environmental issues, danger seems far away and individual actions seem to have little impact on the collective. It was observed that fear and facts did not prevent people from going out and failing to take precautionary measures. Studies on fear prevention campaigns have shown that they only work when the solution is simple, quick and concrete (e.g. getting vaccinated), but it is more difficult to change habits (e.g. going out of the house). Generally speaking, these campaigns will be preaching to the converted, while naysayers will adopt defensive mechanisms by reinforcing counterproductive behaviours, in order to conform to their routine: this is the boomerang effect. In this case, other strategies are more effective (e.g. humour, praise for positive behaviours, etc.). The contribution to the public good is undoubtedly also a question of social identity, motivated by the feeling of working towards a common goal (sense of community in joint action). This requires us to anticipate the actions and roles of others as well as the combined effects of our actions, in order to be interlinked (to confine ourselves, to see others confine themselves, to imagine the expected effect: to slow down the curve of the epidemic). This is all the more difficult the larger the scale of the group, because we have little visibility on the actions of each individual (even with social networks, where information flows unevenly). It is generally directives from institutions that then manage to make practices mainstream. What is more, in our situation, it may seem counter-intuitive to stay at home “out of solidarity” instead of visiting the most fragile to help them.

It is clear that everyone is experiencing the situation in a personal way. Some can still currently resort to the bias of optimism, while others experienced fear as early as January. We have different sensibilities, characters and histories. In addition, confinement conditions are not the same for everyone. Confinement is not experienced in the same way if you are in a studio in the city or a house in the country. Nevertheless, these major steps describe the awareness of most people who are now confined. 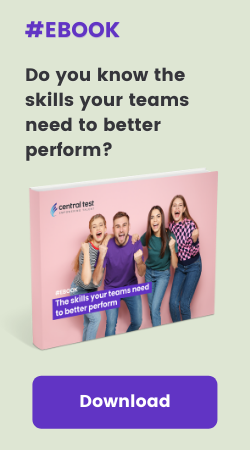 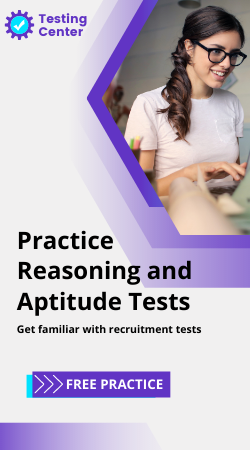 Theses articles may also interest you
HR Trends | 05 May 2022

The new skills in the era of work hybridization

Hybrid work has grown strongly and is challenging companies to rethink the way they work.This new way of operating  involves major restructuring and changes the work dynamic.

Today, 75% of companies that have a hard time recruiting attribute their struggles to a lack of qualified candidates*. To overcome this issue, and to offset the drop in activity, certain companies have opted for outsourcing by hiring employees overseas.

Factoring in interests within career management is beneficial on a number of different levels. On a personal level to understand where you best fit , of course, as this is the crux of this approach.